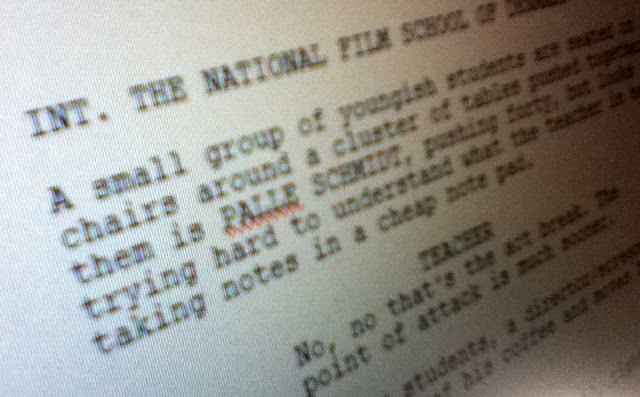 Back at Film School this week, kicking off with big drama both on screen and off. Drama teacher Mogens Rukow is an elderly gentleman and has struggled with health problems during most of my year at the school. During his weekly talk about movie structure (and the almost just as weekly showing of scenes from Godfather I, II or III), the film operator started dimming the lights before Rukow got off stage, and said teacher took a drastic fall. After being lifted back up by several students and helped to his seat, the music from Godfather continued. No death scenes that day.

Yesterday we lookad at marketing of Danish movies with screenwriter Stefan Jaworski, who has done mostly crime thriller stuff – a guy I can relate to! His TV show Those Who Kill is available outside Denmark (see this post) – a bleak, nasty serial killer show, not sure I would recommend it. A bit too contrived and gratuitous, even for my taste. The screenwriters are probably not to be blamed for the quality of the show or the fact that it was cancelled after only one season.

With Jaworski we looked at movie posters, trailers and marketing texts, trying to decipher what it is that makes us decide at the blink of an eye wether we want to see a movie or not. Bunch of elitists that we were, almost all of the 12 movies that premiered this year so far, almost none of them took to our liking. Basically we spent the entire day dissing other people’s work and imagening we could do better. Very constructive.

One of the posters that turned most of us off was this one: 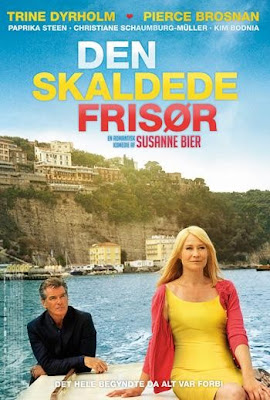 For me personally, I think the fact that a clear, blue sky takes up two thirds of the poster just turns me off. The way the woman is admired by this perfectly romantic man, in a perfectly romantic location… Well, I guess I’m just not the audience for this kind of movie. To me it seems untrue, a fairy tale version of life, no appeal whatsoever. 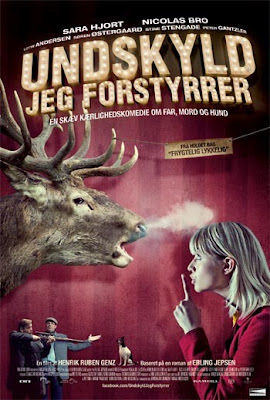 Huh? What the #%&! is going on here? It looks like a theatre poster. A moose plays a big part apparently. Although there was no moose in the trailer. The title translates to something like Pardon My Intrusion – but according to the trailer, it’s about a young woman searching for her father. And something about a dog. Weird, sporadically funny, could have been sold better.

Most of the posters we looked at, looked like they were made around 1989. And a lot of these films did good at the box office. So what do we know?

What we DID learn, apart from sharing our prejudices, is this: The way the movie ends up being presented to the World (by marketing people) reflects on how clear and concise the creators of the movie have been from the start. If the marketing people cannot understand what the movie is about, then there is a good chance they won’t know how to market it. And a moose ends up on the poster.

Tomorrow we will be going over loglines – a one sentence description or elevator pitch of a movie – to see if we can get better at describing what it is. If the idea is crisp and clear enough, it might make it all the way to the poster, and hopefully help the movie reach the right audience. Maybe.

Or maybe people just want another harmless romantic comedy with blue skies and Pierce Brosnan in it.