I recently drew artwork for season 3 of HBO’s “Bored To Death” [which will air in the Fall] and collaborated with Stan Lee [a dream come true] on a one-page comic titled, “Even Gorilla’s Have Pride!” for Troy Wilson’s altruistic PANELS FOR PRIMATES initiative published at ACT-I-VATE.com [ http://www.act-i-vate.com/114-36.comic ]. The summer issue of OVERFLOW, a free magazine in and about South Brooklyn, inaugurated a new essay series of mine the first of which features a story called “Face2Face” about an internet date gone wrong. I’m currently collaborating with writer, Tim Hall, on an original story called “The Last Mortician,” for Tor.com, which will appear for free online sometime this year. And, I recently curated the COMIX BLOCK section of Cousin Corinne’s REMINDER #3, a literary anthology published and distributed by BookCourt [ http://www.cousincorinne.com/ ]. I’ve helped Seth Kushner on exciting, new CulturePOP profiles [ http://www.act-i-vate.com/104.comic ] and plan to take some time off this summer to draw a new BILLY DOGMA story called, “The Last Romantic Antihero.” I’m also writing the pilot for a proposed TV series and/or feature length film depending on the outcome.

I often write at home away from the chatter but I currently draw at my new digs, HANG DAI Studios, located in Cobble Hill, Brooklyn with six other writers, artists, and designers.

I had the distinguished honor of drawing a page for SCALPED #50, my favorite monthly comic book series being made today. I loved what colorist Giulia Brusco did on my art and asked her to color my 8-page AMAZING SPIDER-MAN story that I wrote and drew for Marvel Comics and has yet been scheduled for publication. 23D Films hired me to do covers and lead character design on a motion comics series they’re producing for season 3 of SyFy’s WAREHOUSE 13, coming soon.

Five years from now, franchise comics monthlies will have fully transitioned to digital download and popular story arcs will be archived in print editions for older fans of the medium. Relationships between publisher, retailer, and consumer will be heavily impacted by this paradigm shift but a possible model that supports the trifecta will be finessed and implemented until the publisher becomes the retailer, too. Surviving comic book shops and bookstores will alter and provide discounted subscription services/kiosks and become destination points for live readings/signings and other types of physical gatherings/events. Meanwhile, savvy auteurs will have abandoned the advance pay and chaperon of the weaker publishing houses and either ally with other content makers to create a new brand of publishing participation or take the burden of solo distribution and marketing while cutting out the middle man. The electronic playing field will have leveled but widened exponentially and the online store will become a vista of too many choices. Progenitors of Cool will sway the day and dictate who makes hay. Beware the promise of a better tomorrow. It’s gonna get hairy. 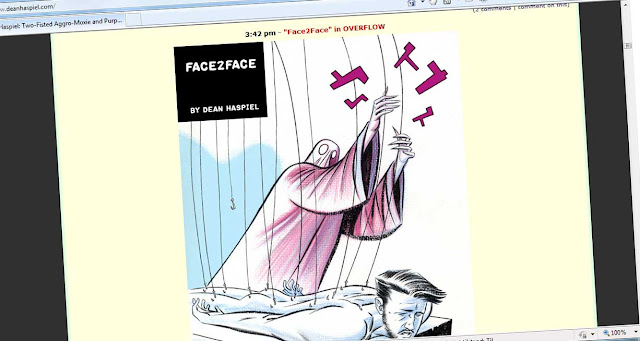