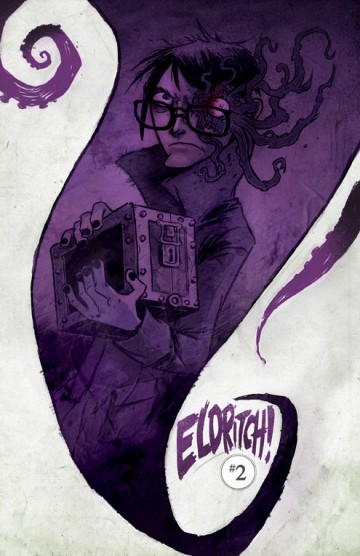 Drew Rausch is the spooky co-creator of the subculture hit SULLENGREY and Lovecraftian Monster-Punk series, ELDRITCH!. Proof of his artistry can be seen in the pages of Boom Studios’ Cthulhu Tales and Zombie Tales, SLG’s Haunted Mansion, and The Secrets of Sarah Winchester.  He has since moved to Southern California where he continues to make comics and is determined to memorize the lyrics to Dramarama’s “Anything, Anything”.

What comics or art projects are you working on right now?Currently I am neck deep in drawing a Lovecraftian sibling rivalry digital comic called ELDRITCH!, written by Aaron Alexovich. I also moonlight as the co creator of SULLENGREY along with writer and photographer Jocelyn Gajeway. It’s a story of a town that due to a past tragic event, the inhabitants ignore everything they are afraid of causing their fears to build up and manifest.

What other artists in your field inspire you?
A better question would be, what other artists DON’T inspire me? Since it all depends on how I feel and what I’m working on, to outright name drop I feel would date this interview. Some of my strongest influences though, I would say, are guys like Tim Burton, Charles Addams, Bill Watterson, Dave McKean, John K, Jim Smith, Pierre Alary, Dan Brenton, and anyone from the German Expressionism age. Even working with Aaron has taught me tons! This could go on forever.

Do you work out of your home or do you have an office/studio space?
I work out of home right now. But someday I would love to have a studio space. That type of freedom sounds divine.
What upcoming projects are you most excited about and why?Projects that I’M going to be involved in? Well after ELDRITCH! I think there’s going to be another SULLENGREY and hopefully another ELDRITCH!. Working with these characters and these worlds has been a blast. I love stories where I get to pull back the camera way back and see the whole inner workings of a town or a city. Before that though, I’m going to attempt to make homemade doughnuts. Pretty excited about that.

Outside of my own personal journeys into unknown baking territory, I really haven’t kept up with what’s coming out. I’m still trying to catch up on all the cool stuff I missed!

Where do you see comics heading in the next 5 years?
There will always be comics in some form or another. Whether digital becomes the norm or the Laserdisc of the comic reading format, Comics are offering something it’s needed in a long time, change. It’s now up to fans, new and old, to either embrace it or ignore it. It’s rather exciting. I hope in 5 years, it’s even more so.

See more of Drew’s work at http://sullengrey.blogspot.com/ and the ELDRITCH! website: www.heartshapedskull.com/ELDRITCH 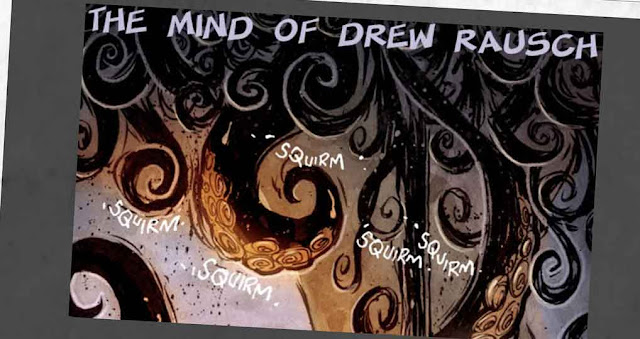