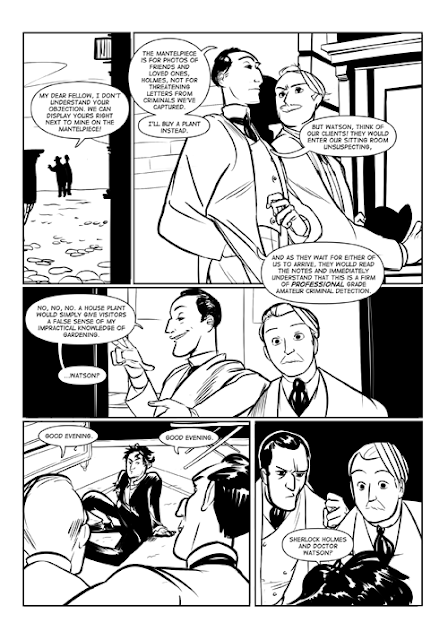 I’m an animation student at the School of Visual Arts, but I LOVE comics! I write and draw a comic called Houdini & Holmes (It’s a two issue story where Houdini, after a feud with his friend Conan Doyle, is accused of murder, and it’s up to Sherlock Holmes and Doctor Watson to prove his innocence). You can find my work at my online portfolio, my artblog, or my Vimeo account.

Right now I’m working on Houdini & Holmes issue #2, which should be for sale online early this summer. I’m also working on a pitch for a comic called MORNINGSTAR (with Steve Orlando, Steven Sugar, and Thomas Mauer) and a zine of dude drawings called 28 Gays Later (with Dave Valeza, Roxie Vizcarra, and Barukurii).

My buds Jessi Sheron, Steven Sugar, and Matt Marblo inspire me the most, not only for their kick ass art, but mostly for their pure love of storytelling and insane work ethic. Otherwise, Mike Mignola, Chris Samnee, and Guy Davis are some of my comic heroes.

Out of college dorm!

My senior thesis film! That’s the big one! I have a whole year to work on it, so I’m hoping to make it some of the best work I’ve produced. After I’m finished with that I’m graduating and getting dropped in the real world, aren’t I? We’ll see how that goes!

Goin digital! Not to destroy print, of course, but to catch up with the digital age, there’ll be an iTunes store equivalent for comics and more people will start reading and paying for comics again because it’s more convenient for them to. And hopefully then there’d be a wider audience and a larger market for comics and a stronger demand for a variety of different genres. More comics for everyone! 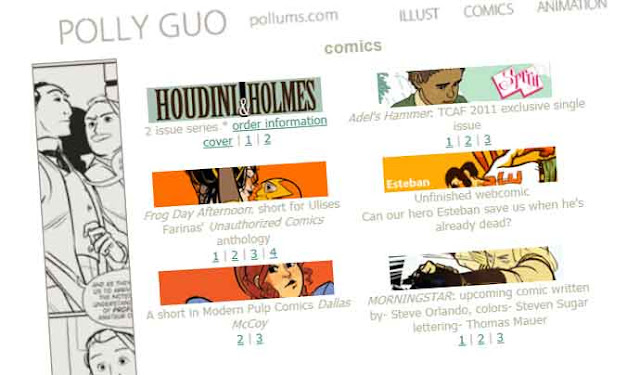