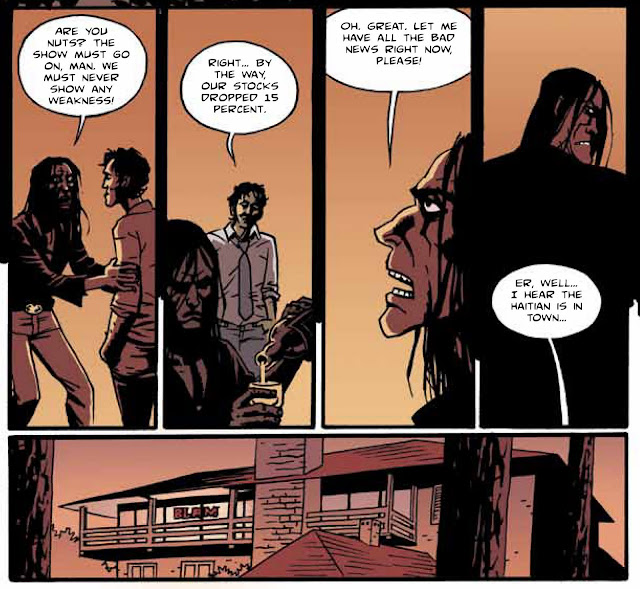 As crime bosses go, LaTour is more than a little incompetent. The problem is, he knows it, and being the head of a criminal organization is quite stressful. LaTour is infamous for his temper and unpredictable behaviour. LaTour’s crew are a rag-tag bunch of slacker dope fiends that LaTour tries to control. He wants to give the business a look of professionalism, obsessing about dress code and appearances, at the same time not living up to his own standards. Most of the time, he feels like a pilot in a crashing plane, desperately trying to give off an aura of control. LaTour does not take kindly to criticism or questions he does’t have the answers to. Usually his response is violent and irrational, but sometimes he just laughs or shrugs it off. He is a man both charming and dangerous – You never know what you’re gonna get.
LaTour fears the Rastafaris and want to settle every debt with one big trade-off; The mystery drug knows as “The Devil’s Concubine”. LaTour’s old buddy Ringo claims to be able to get the drug, but when he disappears, LaTour sets a desperate plan in motion, hiring a freelance hit man in order to keep himself out of it. As the bodies start to pile up around him, LaTour loses all control of the situation.

You can befriend Jaques on Facebook. Just tell him I sent you.