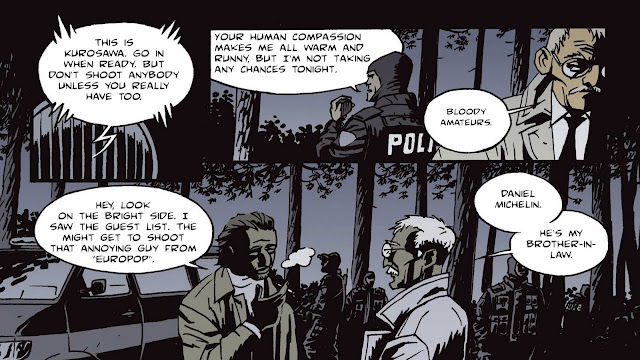 Just another day at the office

Although he has been parked in homicide, watching everyone else get promoted through the years, Maynard stands by Alphonse and get’s the job done. Where Alphonse is both younger, smarter and prettier, Maynard has the choice role of grumpy, world-weary and cynical sidekick. A family man, Maynard simply wants to put the case down so he can go home.

Maynard grows more and more tired of following the trail of dead. When the SWAT team is called upon to take care of things in the finale, Maynard and Alphonse stay behind to avoid the bloodshed, having a cup of coffee instead.

Maynard can soon be seen as a major character in Stiletto.