Justin Peterson and Lee Bretschneider were in a booth together at the MoCCA Festival, so I’m presenting them as a couple here too.
— 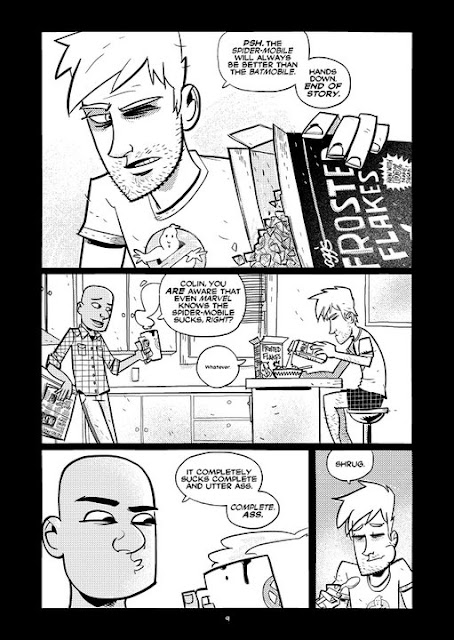 Hey, I’m Justin Peterson, creator, writer and illustrator of the graphic novel series VERY NEAR MINT. I’m based in the Tampa Bay area of Florida! I live in a vacation destination, but I spend most of my time inside working on comics. Such is life, I suppose.

I’m gearing up to work on volume 2 of Very Near Mint. As it looks like, right now, it’s going to be almost twice as big as the first volume. Also in the works are Very Near Mint 1.5, which will be a one-shot, stand alone story, featuring some of the minor characters in the first volume… I’ve got an invite to work on some comics for a pretty popular iPad app, I’m toying around with doing a WWII based graphic novel, and maybe some autobiographical comics. My plate is full for the rest of the year it seems!

The biggest inspiration has always been Charles Schulz. He drew and worked on Peanuts for 50 years. It was his life’s work, literally, as he died the day the last strip was printed in the papers. He did what he loved, and that was drawing news comics everyday. I’m also a huge fan of Chris Bachalo. And, of course, there’s other artists that I love, Mignola, Mahfood, Immonen, Campbell, Romita JR, Ramos, my friends Lee, Tara, Joe, Mike… and I could keep going on! They all inspire me to try to do better! My long boxes of comics aren’t sorted out by comic series, they’re sorted out by artist!

I work out my apartment, but I have a studio set up in the second bedroom. My girlfriend can close the door on me while I draw and listen to music loudly.

Well, I’m excited to get to work on Very Near Mint volume 2. I really felt like I hit my stride right at the end of volume 1, so I feel like volume 2 is going to be much better. I’m also excited for Lee Bretschneider’s Space Girl comic. I’ve heard the ideas he has for the series, and I think it has the potential to really push the boundaries of what can be done with comics.

I think people, especially comic shop owners, are worried about digital comics. However, I think there’s room in the world for digital AND physical books. Unlike music or movies, comic books are still best when you can hold them. Digital comics might look nicer, but it’s not the same experience.

The guys over at Four Star Studios in Chicago have a really awesome app called Double Feature Comics. If I’m going to read a digital comic, I want it to be a different experience than a physical comic, and they’ve done it. In this app, you can view the pencils, the inks, the colored art, and then the art with the lettering, and you also get commentary on each page from the writer and artist, and bonus materials at the end of each story… sketches, roughs, whatever. This is the model on which all digital comics should be based.

The Double Feature Comics app is something I can get behind. I think it would be awesome if Marvel sold me the newest issue of Avengers, and then offered a download code for bonus materials to view on my iPad or iPhone. Who wouldn’t want to look at an entire issue of pencils from John Romita Jr, and read (or even hear!) commentary from Brian Bendis?

I’d also like to see monthly comics get a little cheaper. It’s hard for a 13 year old kid to plunk down $4 for 22 pages of art. I’d gladly spend $1.99 for those same 22 pages if they were printed on old school newsprint! The prices have to come down across the board. DC has the right idea by bringing down their books to $2.99, but I think there’s room to improve. 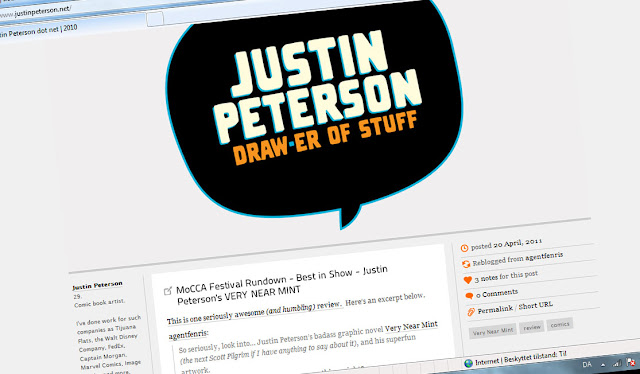