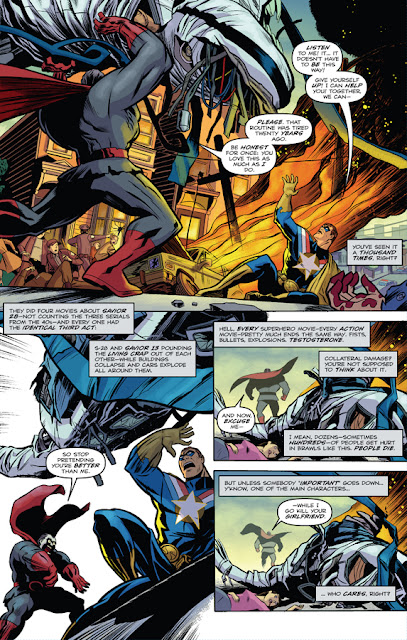 I’m originally from New Jersey, but I’ve been in New York for about 20 years. I’ve been involved with comics and animation for most of that time, working for clients like Valiant Comics, DC Comics, Marvel Comics, Image Comics, BOOM! Studios, First Second Books, IDW Publishing, MTV Animation, Warner Brothers Animation, Cartoon Network and others. I’m a member of the webcomics collective ACT-I-VATE.com, where I’ve serialized “Parade (with fireworks)”, a 2008 Will Eisner Comic Industry Award-nominee for “Best Limited Series”, and “Loviathan”, a superhero sci-fi romance. My website is http://www.mikecavallaro.com/

I recently finished coloring backgrounds on the “Batman: The Brave & The Bold” animated series, and now I’m doing the same for a Fox Television pilot.

Apart from all that, I usually have a few projects of my own that I’m developing. It takes a lot of writing and design work before you can show your ideas to a publisher. I have a few of those in the works.

That would be a really long list. There’s so many great cartoonist who’s work I enjoy. I like Chris Samnee’s current work, and artists like Joe Kubert, Darwyn Cooke and the Hernandez Brothers, but otherwise I’m most inspired by artists from the past like Jack Kirby, Alex Toth, Milton Caniff, E.C. Segar and Will Eisner.

Both, actually. When I’m drawing comics, I try to do as much by hand as possible. For that, I mostly work out of a studio here in Brooklyn that I share with 11 other artists including Simon Fraser, George O’Connor, Becky Cloonan, Joe Infurnari, Dean Haspiel, Tim Hamilton, Jason Little and others.

Since I don’t have a computer there, and most of my animation background work is digital, I work out of my home studio for that. It’s nice to have a change of scenery every so often.

I can’t help being most excited about my own projects. A few years ago, I did a comic called “Parade (with fireworks)”, which was a true story about my paternal grandfather and takes place in Italy in 1923 during the rise of Fascism. Now I’m working on a story I call “Seven Years Without The Sun”, which is about my mother’s grandfather. It takes place in Italy and the United States in the early part of the century and mixes historical fact and my family history along with Christian beliefs and rural Italian folklore handed down from the time of the Etruscans. It’s a huge story that I’ve been working on for years.

I’m not sure if I can answer that. I suppose I just don’t know.

Around the time of the last New York Comic Convention, I spoke with a lot of people from various parts of the comic book industry; writers, artists, publishers, retailers, fans, etc., etc. All of them were concerned about this question. What’s going to happen to comics? Will digital media replace traditional publishing? Will stores, printers and publishers go out of business if people start to download more comics? How can we make money from webcomics?

What I noticed over that weekend was that no one I met was talking about the art of comics. I’m a cartoonist, an artist, not really a businessman or entrepreneur or digital media visionary. My job is to concentrate on improving my art and my comics. The rest is going to sort itself out in some way no matter what I think.

Whether a comics is distributed traditionally or digitally, someone like me still has to make it first. Although technology is constantly changing and developing, people still have a desire to hear or read or see meaningful stories. So I try to focus on that. 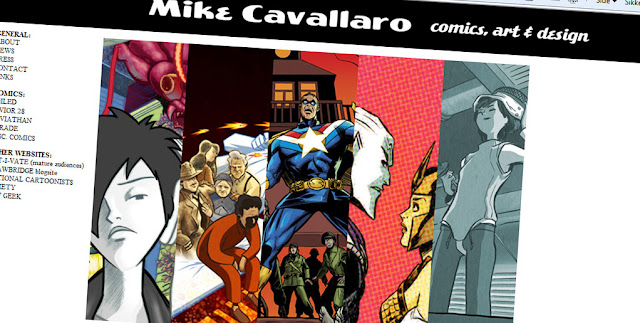