I am a cartoonist & illustrator type human living in Brooklyn NY. I’ve created mini-comics such as The Taco Way: Finding Happiness and a Full Belly, and Space Box. My illustrations can be found at natebearart.com, and the online home for my comics is bearbrains.com which sorely needs updating.

Well, I plan on continuing with my current cartoon project, Space box, which is a Star Trek-esque sci-fi parody series that’s been brewing in my head for the past couple years. I finally made the first issue this month, and I’m excited to see how the other stories turn out.

My fiancée, Laura Galbraith, and I just printed the first issue of Thicker Than Blood, a zine we spearheaded as part of The Blood Dumpster artist collective. It’s basically a portable gallery show that we curate full of art from Blood Dumpster members and talented artists from around the world. (blooddumpsterzine.tumblr.com/)

I’m also working on a semi-animated iPhone app with a developer. All I can say is that it involves body organs and has something of a story to it.

Do you have an hour? But seriously, off the top of my head I like Pranas (ghostcarpress.com) for his charming stories and very clear drawing. I always admire when people can make a 2 or 3 inch drawing legible and convey an idea perfectly. John K (of Ren & Stimpy) and McBess inspire me stylistically, but really I think it’s the classic Warner Bros and Fleischer Bros cartoons from the 30s and 40s that really gets me going. Milt Gross is also probably my biggest cartoon comic hero.

My fiancee and I share a home studio that is more like an office since the computers and printers occupy so much of it. But it’s really more of studio since we do so much digital in our illustration.

Agg, so many! Well I’m going to do another comic for my friend’s sci-fi comic project hadroncolliderscope.com, and a few other freelance coloring page projects I’ve been pushing off because of MoCCA Fest.

I also plan on doing some more t-shirt designs, some other crafty projects, and maybe start selling at some craft fairs and markets this summer in addition to comic cons.

Holy Jeezus! I’m even busier than I realized. Ok, just one more quest, and I have to get back to work.

Well first off all they’re all gonna be in 3-D, if it isn’t shooting directly into the readers head, they’re not gonna read it. Then Apple will strike an exclusive deal with comic artists as a whole so that they’ll only appear on iPad4s. Google will counter by digitizing every print comic page created before 2012 and then selling ads in the white space in the margins between panels. But really, none of that will matter once Microsoft releases Cartoonsmith, an AI software that automatically generates original images as you speak dialog into a microphone. After that all communication will be transmitted via static images and speech balloons. 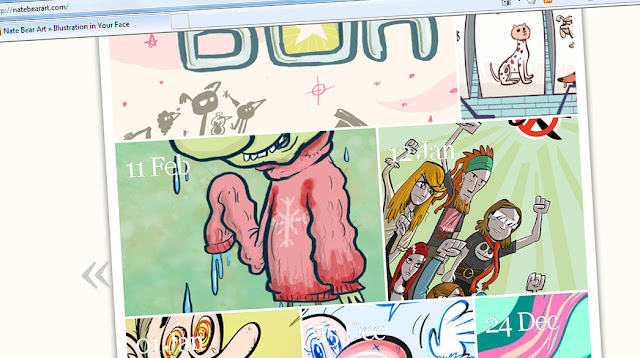