At the MoCCA Festival in New York, I met a lot of great artist, some aspiring talents and some well-known professionals. During the next months, I’ll be posting little interviews featuring some of the people I talked to. The first one is Rick Parker of “Beavis and Butthead” fame.
——— 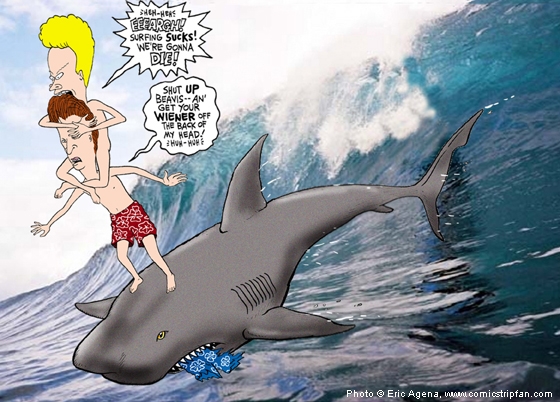 Rick Parker is a fine artist, cartoonist and teacher, is well-known as the artist of MTV’s Beavis and Butt-Head Comic Book. He was one of the four artists of The Pekar Project and currently illustrates Mad Magazine-style parodies of popular young adult books and films for the all-ages publisher, Papercutz in NYC. His first original graphic novel, “Deadboy” is available as an ebook from smashwords.com. Much of his work is available for public viewing on fb or his blog; http://www.rickparkercartoons.blogspot.com/

I’ve just finished up the illos for Papercutz Slices #3, a.k.a., “Percy Jerkson and The Ovolactovegetraians.” It’s a Mad-Magazine style GN parody of a popular book series for young adults.

I work in a little corner of the bedroom surrounded by art supplies and a computer.

I’d like to do another book completely on my own, something I make up as I go along. A few years ago I created my graphic novel, “Deadboy” this way and it was a wonderfully painless experience.

More people doing comics than ever before, coupled with rapidly advancing technology, will result in comics being accessible to anyone with a portable device. That’s potentially a very large audience. The trick is to give them what they want. And I believe one thing they want is something which makes them feel alive, something in which they can see their own lives reflected in the work in a positive way. 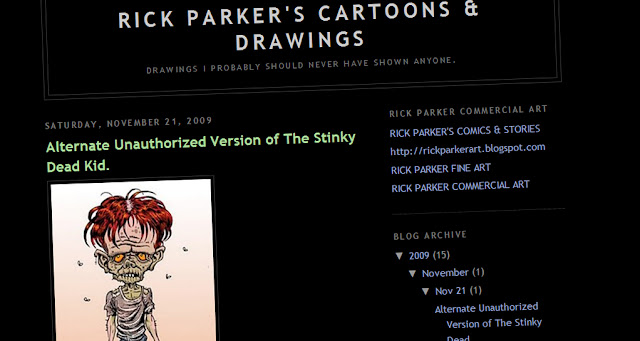