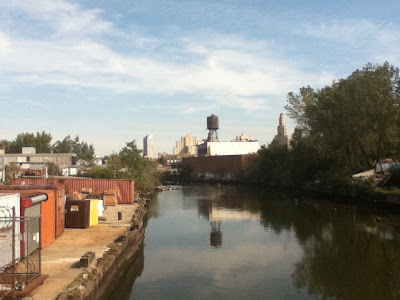 Going to the studio yesterday I took a wrong turn and ended up in an industrial neighbourhood in Brooklyn where I took some great reference photos for a heist story I’m working on. 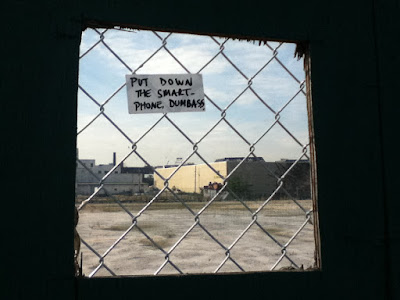 At Hang Dai we ate Polish donuts and drank too much coffee. I got career advice from Dean Haspiel and some nifty Photoshop tricks from Joe Infurnari. I’m slowly understanding more about how the industry works over here. A lot of things are similar to Denmark, only it seems we might have more ways of getting income as artists. Just the fact that we can apply for state grants like the one that paid for my trip here is immensely privileged. On the other hand, if you want to do comics for a living…Well, the US has an industry, we don’t. 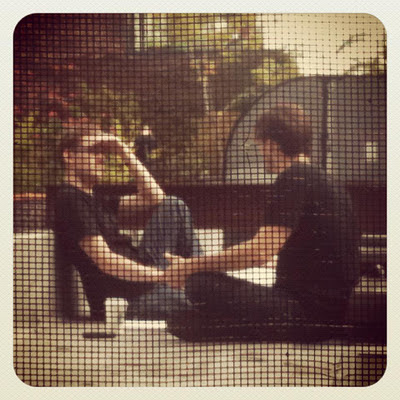 Photographer Seth Kushner took our picture through the mesh screened window, as writer Chris Miskiewicz and I threw some ideas around on the rooftop looking over an overgrown abandoned lot.  I’ve done art for a story Chris wrote, the details will be revealed later. Now he wants me to be part of something else. I managed to get some rough breakdowns done during the day and do some sketchwork on the look of the main character. Haven’t quite got him nailed yet, maybe today is the day.

At night we got on a train into Manhattan for a premiere of a new web series called SuperTwins, where I met a few other artists and got some ideas for publishers I should talk to. We went for a late dinner at an Indian restaurant, where Dean left behind a sketch on the paper tablecloth. Some things are the same as at home, there’s always tons of scribbles left behind when Danish comics guys have been to a restaurant. It’s what we do. 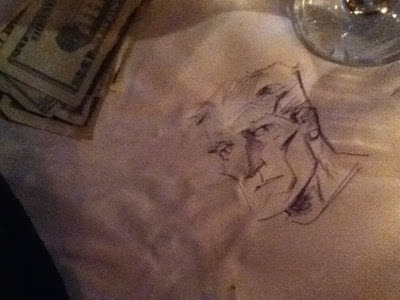