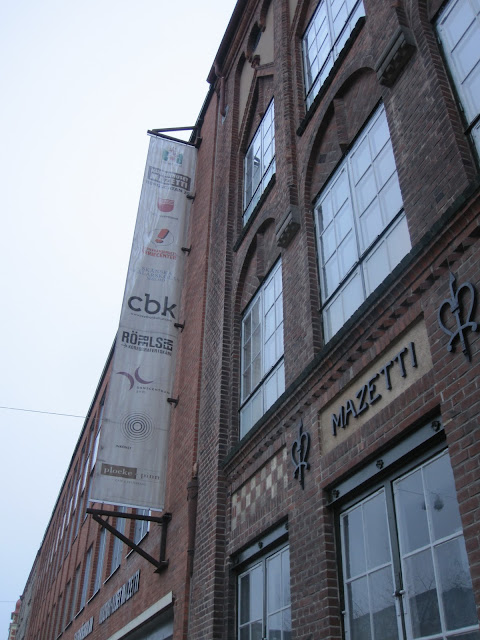 I visited fellow artists in Malmö today. Though only a half-hour train ride away, Malmö is actually in Sweden. Yes, it’s another country. No, Denmark is not the capital of Sweden, that’s Ikea.

I hooked up with Niklas Asker, creator of “Top Shelf” published graphic novel “Second Thoughts” and exile Dane Allan Haverholm in their working space at “Kulturhuset Mazetti“. The former chocolate factory now houses almost anything of interest regarding comics in Sweden today. The “C’est Bon Anthology“, two-year Comics education “Serieskolan” (Danes can study here too, with support from the state), professional comics workshop “Seriestudion” and the Swedish Comics Association, aka “Seriefrämjandet“, publisher of comics magazine “Bild & Bubbla” and promoting the media since 1968. All under one roof.

Half the people working in Swedish comics today are women. Malmö city promotes itself as comics capital of Sweden. It seems the Swedes take comics seriously, to them, it’s an artform, not just something for the kids. And, they gave us the best movie of 2008.

In my next life, I want to be a Swede…