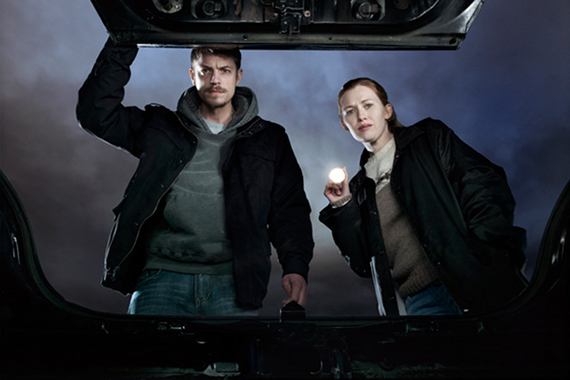 Well, the trailer at least looks interesting… And Ed Brubaker recommends it on Twitter, so I’ll pass on that information.

“The Killing” is a remake of the Danish TV-series “Forbrydelsen“, about the murder of a young girl and the investigation, and the impact the killing has on everyone involved. With a premise ripped from “Twin Peaks” or “Mystic River” and a structure reminiscent of “24“, the Danish series would seem perfectly adaptable to the American audience. As a fan of the original show, and a Dane, I’m excited to see the US version. And hey, I know who the killer is!

Unless they change it, of course.