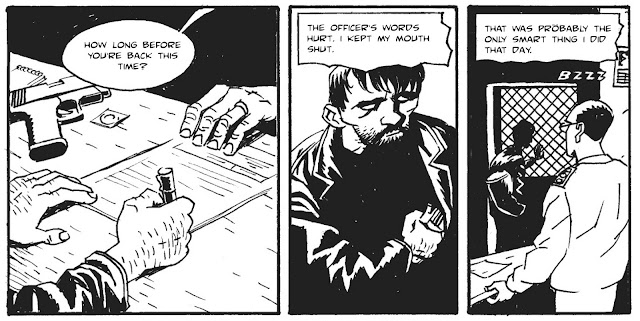 After “Fusion” the roleplaying game, I wanted to do something else. Something a non-roleplayer could pick up and enjoy. But at the same time, I knew I had something of a fan base in the RPG underground. What to do?
I think it was at some convention a guy showed me a White Wolf comic, based on the Werewolf game, and encouraged me to do something similar with “Fusion”. Like always, I completely dismissed the idea. And then changed my mind less than 24 hours later.
The plot for “Hard Evidence” (in Danish “Skyggen af bevis”) came from a roleplaying game session. Well, two actually. My friend Thomas Bjerregaard came up with the story of a man who seemingly murdered his wife, and a sinister conspiracy beneath it all. First time around, the seeting was America in the 1950’s and the investigators FBI agents. I re-hashed the plot for our “Fusion” campaign, the setting now near-future Copenhagen and private investigators on the case.
We took turns as gamemasters in our campaign, like different directors on a tv-show. My character, ex-con Hauge, wasn’t in the session as it played out, but took the stage for the graphic novel. I enjoyed playing this guy so much, I thought he could use his own show. I toned down his thick-headed personality and made him a bit more articulate for the graphic novel. I wanted the dialogue to be zinging and tough, like Raymond Chandler at his best. 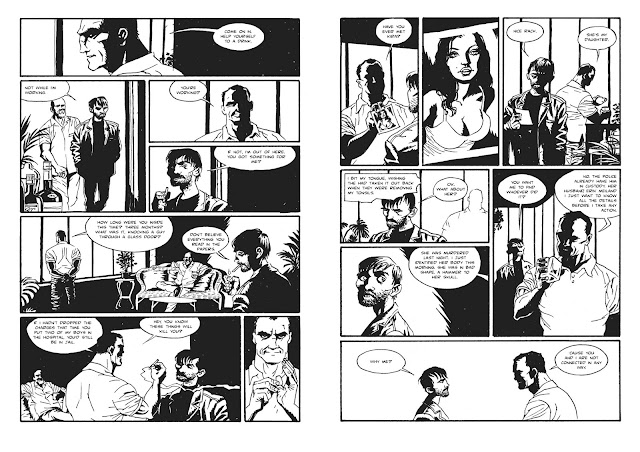 In a way, this project was a stepping stone for me. It got me back into comics, when I thought it too hard. “The Devil’s Concubine” was scripted and thumbnailed and just laid there, like a mountain waiting to be climbed.  “Hard evidence” got me into shape and gained me back my confidence. The story originally ran as a weekly web comic on the “Fusion” website, thus forcing me get the damn pages done in time. I can highly reccomend this method. Only downside is that everyone has read the book before it comes out. I coerced af few of my colleagues into doing art for a pin-up gallery in the back, so byers would get something new for their money.

I wrote a “making of” article on the Fusion website, in Danish, but you can check it out here.
Fahrenheit published “Hard Evidence” in 2005. The English publication rights for the book are still up for grabs. Write me an e-mail, and I’ll send a PDF.