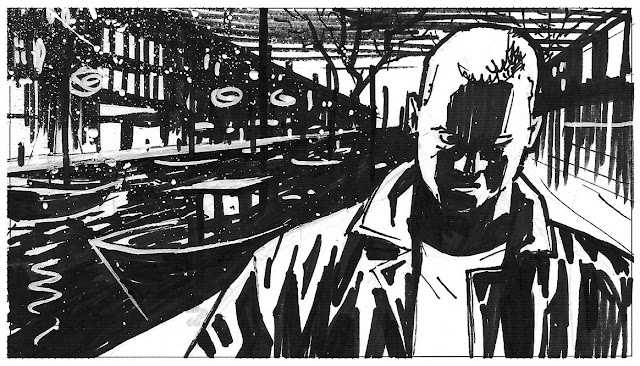 I wrote a movie script a few years back, I just thought of an English title for it. The basic premise came from my Fusion writing partner Malik Hyltoft. We were always exchanging ideas for roleplaying game scenarios back then. I picked up his plot and started writing the scenario, as Malik didn’t get around to writing it himself. I got his permission after the fact, I think, but the scenario ended up in the first book, written by me with notes from Malik.

In 2004 I got the idea of adapting the scenario for a screenplay and wrote a synopsis, knowing I would have to re-write it later. I didn’t know any producers and nothing much happened with the synopsis. The next time I opened up the Word document , I realized year had gone by. Instead of it ruminating on my harddrive, I decided the synopsis would do better to be sent out to work. I sent it to a small production company and they replied a few days later. And, they were interested!

I wrote a spec script after meeting with the production company and various changes and meetings ensued. I got an option fee for my work, and the production company even got so far as to find a director who wanted to make it. At one point, I was asked to do a step-outline – A list of scenes, with one line describing the plot evolvement and one line describing the protagonists inner conflicts, reveals or changes. It’s a method I highly reccomend. If you can’t write one line about both plot and character, then that scene has a problem.

Anyway, the production company was short on cash and the story was short on International potential so at this point, I write it up as experience. Unless some of you out there can scrape together a few million for a good little neo-noir flick. I’ll send the script to any interested parties, of course.

The images here are from a key scene storyboard sample I did to get the production company fired up about the story and for use in applications to the Danish Film Institute. Don’t know whether they used it or not. I had a specific actor in mind for the main part of Colding, a convenience store security guard and low life, who has a near death experience and is put on a murder case. 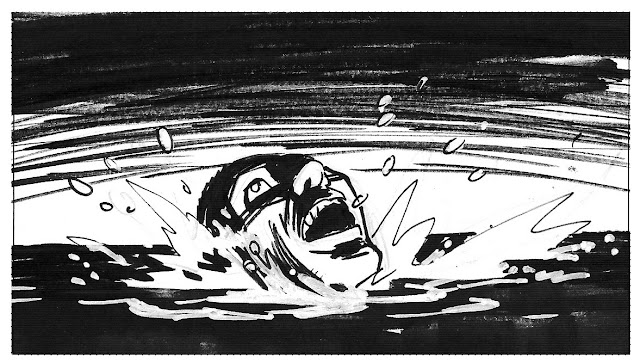