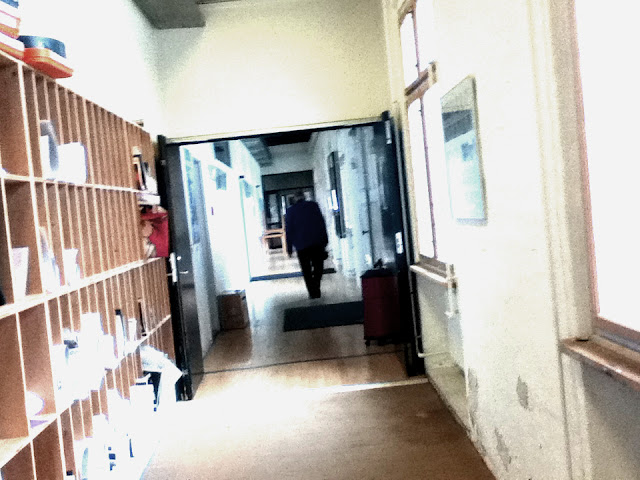 I’m attending The National Film School of Denmark these days, studying screenwriting in a 1-year Master Class. This new topic “Film School Confidential” is my idea of taking notes; sharing what I learn with you!

The structure of movies has seeped in to a lot of other genres, books, comics, computer games. So I recommend any storyteller to read some books on screenwriting. Here are some good ones.

This week we have been discussing character with a pro: Danish screenwriter Nikolaj Scherfig. We were shown episode 1 of “Breaking Bad” and Scherfig’s own “Broen” (The Bridge), about a string of murders in Copenhagen and Malmö.

Here is some of what we learnt this week:

Plot, Theme and Character form a unity, in which the story unfolds. When you come up with a story, try to think of the most interesting (or unlikely!) character this could happen to, and how it can express the theme. The story should always be about the single most important thing (or series of events) in the main character’s life. The whole movie is a turning point for the protagonist, with a clear before and after.

We talked about “want” and “need”, what the character’s main ambition and what they really need, the latter often a subconscious, more profound existential thing. The protagonist clearly wants a sportscar, but what he really needs is to come to terms with his father. Stuff like that. Want and need are often opposites, and the theme is created somewhere between the two.

Discussing scenes, we touched upon the topic of status. Who “wins” the scene? Does the status shift, so the underdog comes out on top or the other way around? We talked about creating sympathy for our protagonist through the use of status (i.e. lack hereof) or a great unjustice laid upon them, that makes us root for them. We like identifying with the underdog, but we also need to equip our characters with some sort of talent. Because we like watching people with both flaws and talents. Another thing that connects us to the story is the mundane, the thing that we can all relate to. This is what drama teacher Mogens Rukov, the Yoda of Danish screenwriting, calls “The Natural Story”.

We began the week by writing a confrontational “moment of truth” scene, from our story but out of context. We were also encouraged to write little conceptual scenes where we let our characters react to different things as a way of getting to know them. A scene where they propose, a scene where they break up, where they are praised, bullied, where they lie. We end the week by creating little biographies of our main characters, another way of looking at who they are, in a more traditional way.

I am thrilled to be here. Hope my notes are useful to you too.